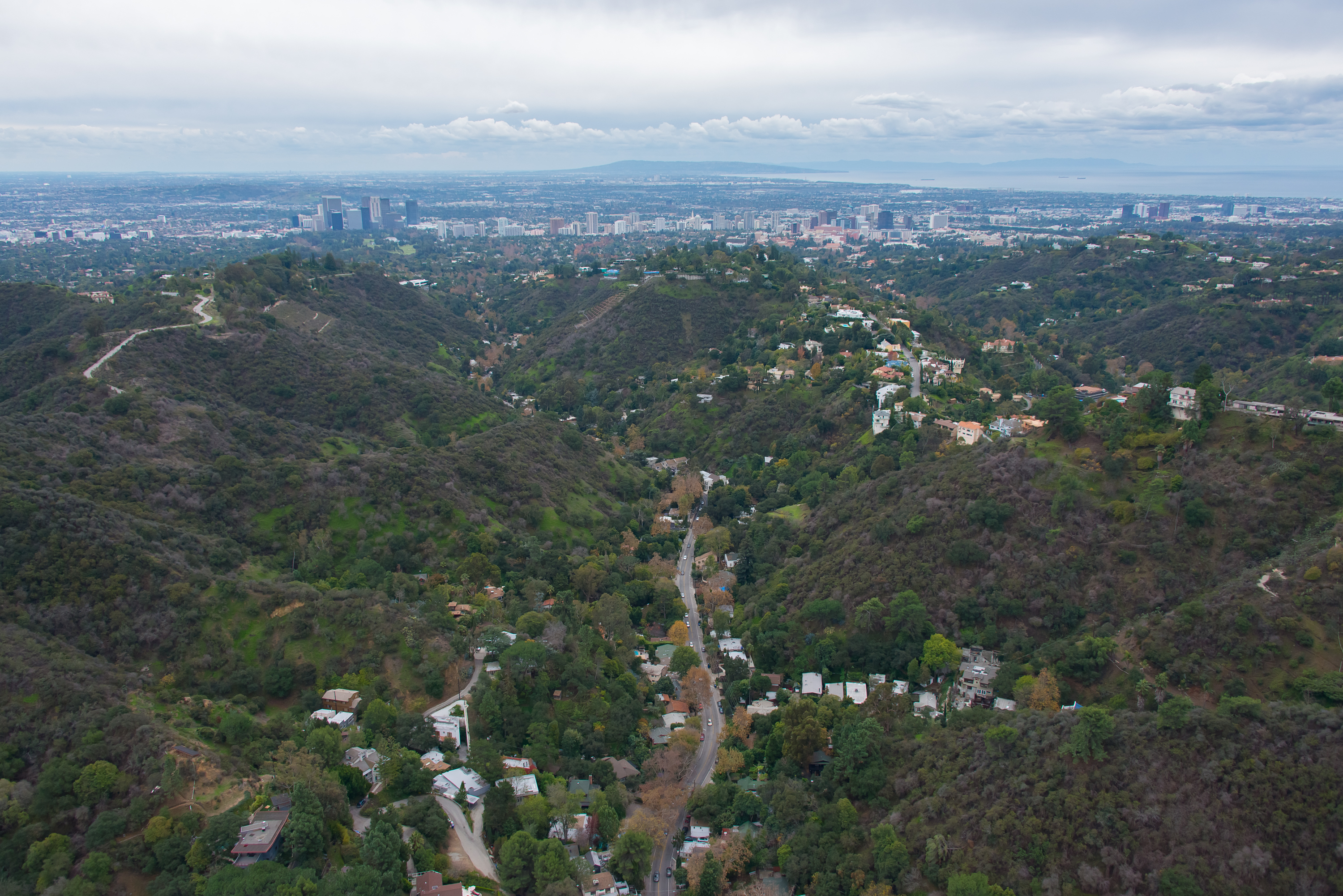 In 1828, Sgt. Francisco Sepulveda obtained a grant for all the land from Beverly Hills to the ocean and from the swamps south of Pico Boulevard to the northern side of the mountains, called Rancho San Vicente. It did not, however, include a section two miles square, the Westwood Village area, extending north of Sunset to approximately the 800 block of our boulevard. This area was called the Rancho San Jose de Buenas Aires, and it depended for water on the springs of Beverly Glen. Possession of this water source made the smaller ranch a necessary ally of Sepulveda in the many legal battles that raged around many land titles over the next 40 years.

There was, originally, a small village of Indians who lived by the springs near what is now Beverly Glen Place. Sepulveda soon dispossessed them, along with the Indians at San Vicente Springs, where he built his adobe house. Beverly Glen was his buffer zone on the east, a wild and inaccessible place of uninhabited beauty and so it slumbered, in peace and quiet, for three generations

In 1867 a wagon track was cut into the canyon by Cornelius Brown, whose name identified the canyon until 1909. Brown homesteaded the area we know as Beverly Glen Circle. Having remained largely uninhabited during the early boom years of Los Angeles, Beverly Glen was finally opened for settlement in 1909 – an event marked by the dazzling celestial display of Halley’s Comet. In the spring of that year, B.C. Mayo arrived with a group of surveyors to put Beverly Glen on the map. Mayo was a man who specialized in the joint promotion of real estate and magazines. Collis P. Huntington and the Southern Pacific had two things to sell – its new magazine, Sunset, and its old right-of-way through the canyon. To reach the Glen, there were only two approaches: from Sawtelle, via a diagonal dirt road that intersected Wilshire somewhere near the present Westwood Village ? or from Country Club Station, on the edge of “Morocco,” now known as Beverly Hills. On a spring morning, Mayo met a special train that stopped at the corner of Wilshire and Santa Monica Boulevards. Here were unloaded building supplies, surveyors with their instruments and 30 Hindu workers. Into a large carryall bus drawn by four horses, Mayo loaded the surveyors and Hindus and the little caravan set out for Beverly Glen.

…the first lane to be given a name was Cottonwood, now Crater Lane.

At the intersection of the present-day Crater Lane and Beverly Glen Blvd., Mayo had already planted his little red-and-white promotional flags, the new center of operations. A clearing had been cut in the cottonwood trees that grew on both sides of the stream bed, and the fallen trees were memorialized in the first lane to be given a name was Cottonwood, now Crater Lane. On the northeast corner the Hindus were encamped out in the open until the fall, when they were given tents. Here they were to remain for nearly seven years, during which time they cleared out the trees and thick underbrush, built the roads and the lanes, and leveled off the building sites.

The land was surveyed in sections, commencing in the 800 block and working north along the east side, up to the 2400 block, and then back down the west side. Below the 800 block the land belonged to the Wolfskill Ranch and above the 2400 block to the old Brown Ranch. The lots were sold in the order the surveys were completed, and the last parcel surveyed was not ready for sale until 1912.

Regardless of the shape, size or location of these lots, the price was the same for every one of them: $19.60.

The lots on the main road and the accessible lanes, however, were a different proposition. Here it was Sunset magazine that was given away with the lots. Regardless of the shape, size or location of these lots, the price was the same for every one of them: $19.60. To ease any financial burden, they could be bought on the installment plan at the rate of $4.60 a year.